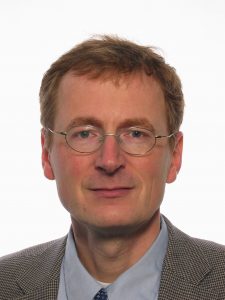 Christophe F. Promper has joined NanoAvionics few months ago and took a prominent role of a Propulsion Project Manager. Since then he has been guiding NanoAvionics propulsion engineers through the development of the Enabling “Green” Chemical Propulsion System for Small Satellites (EPSS) and its serial production arrangements.

Christophe has more than two decades of experience working on aerospace propulsion components and he was glad to share his experiences and opinions in this interview, dedicated to the followers of our company.

Q: Christophe, you have an extensive work experience and impressive projects in your portfolio – from participation in Ariane 5 LV development to numerous propulsion projects with ESA. Could you briefly introduce how your professional interests have been developing throughout the years?

A: My grand father had already been working on turbines in the early 1920es in Germany. He inspired me to become an engineer. I began studying Aerospace engineering in Liège (Belgium)  then in Aachen (Germany) and continued my studies again in Liege for business administration. Soon after my graduation I served in the Belgian Air-Force before joining the Snecma Group which later evolved into Safran – an international high-technology group and tier-1 supplier of systems and equipment in the Aerospace and Defense markets. Over 20 years, I worked mainly in Belgium, leading a Research and Technology group,  but also in the Russian Far East, as a program manager for air-craft integration of nacelles and engines on a development program, and in Spain within the validation team of the Airbus A400M engines. My work involved projects related to jet engine systems, Ariane V engine and stage valves development and satellite propulsion. Since 2014, I have been working in the same industries through my own company.

Due to my professional background and fluency in languages, I was involved in production transfers and other transnational and highly multicultural projects and I have constantly been traveling across continents between Europe, the USA and Russia throughout my career.

Q: Is there any particular R&D project that you would be eager to tell us about and share some interesting moments?

A: The most challenging and the rewarding in terms of experience was Superjet100 Nacelle podding in Komsomolsk-on-Amur (Russian far east). Where I had the opportunity to lead the setting-up of a new production site in Russia which contributed to the roll-out and the first flights at power plant level. During this time, I was managing communication between four time-zones, from 90° West to 180° East. I spent more than two years working on this project and this period of time was very dynamic and full of unpredicted challenges and uncountable flights between the Americas, Europe and Asia.

Q: What was your first interaction with space and satellite projects?

A: I started to work on new actuation concepts for rocket propulsion equipment in 1994. I participated in numerous reviews with ESA, CNES, Snecma, Roskosmos and other space organizations. In 2003, I became involved with Satellite propulsion components for major EU and Middle East customers. Project time lines from spec to orbit where much longer than what we currently see here at Nanoavionics and this seems to be a common trend within the newspace sector. While for some classic space projects it can take more than twenty years from idea to first flight, this duration can be shorter than a year within the nanosat sector. One key factor for success is the correct understanding of applicable quality requirements and the deduction of the most appropriate quality plan.

Q: How to you see the evolution of satellites in terms of miniaturization of the technology and CubeSat industry in particular?

A: I see this small satellite revolution as being really exciting and game-changing for the industry. We can observe many young teams working in an unusual (for us, the “veterans”) and dynamic ways, thus making the technological progress much faster – due to small scale it is possible perform most of the tests in-house, also these teams are much faster in validating technology in space – usually they have funding for several upcoming missions so can receive performance data in much less time, make adjustments and launch again. Of-course, the dynamics might change with the growth of these organizations and with certain commitments for insurance companies and legislative bodies. But at this point it is exciting to observe this space-tech start-up scene shaking up the market.