Meet Jesper A. Larsen – Head of Systems Engineering at NanoAvionics

Behind the Scenes Press releases 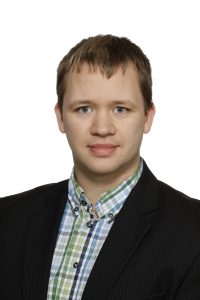 NanoAvionics has experienced a considerable growth during the recent years and one of its amazing outcomes is the opportunity to work with real experts in the space technology field.

One of them, who recently joined NanoAvionics is Dr. Jesper A. Larsen who took the role of Head of Systems Engineering at the company. Jesper is known in the industry as a man behind one of the first CubeSat missions in Europe and a manager of the Student Space group at Aalborg University.

Jesper – great to have you on board! Can you tell the followers of our company a little bit about yourself and your background in the space tech industry?
We started out by building CubeSats at Aalborg University as some of the first teams here in Europe, including the first CubeSat launch in 2003. There weren’t many people building CubeSats back then, therefore everything had to be developed from scratch. This philosophy has stuck at Aalborg University, so even though there are now close to 100 small companies, which are selling all the components needed to build a satellite, we still keep building things from the bottom, thereby forcing students to reiterate the concept for each generation.
We have had groups on both stratospheric balloon test flight as well as several parabolic flight campaigns, on which I also flew myself in 2004, where we were testing the reaction wheels for AAUSAT-II.
In 2013 I formed a company together with a couple of my former students, which focuses on SDR based payloads for CubeSats, mainly, but not limited to maritime monitoring.
Over the years I’ve been given talks, lectures, and consultancy over most of the globe, from Canada and Colombia in the west to Singapore and Japan in the east, and a lot of places in between.

Where do you see the small satellite industry going in terms of key directions for the development?
The small satellites are growing up. Both in size, but also in terms of maturity. From an interesting “toy” 15 years ago, the technology has matured to a point where commercial services can be provided based on the possibilities that a CubeSat offers.
The individual subsystems are also maturing in the sense, that they start getting HW or SW redundancy built in, along with more thorough tests begin performed at the subsystem level. 10 years ago a simple random vibration test was performed for a flight acceptance and that was it. Today system engineers check the qualification programs which the subsystems have been through, which, nowadays, besides thermal and vibration also often include radiation testing.

What are the biggest challenges in this industry?
One major challenge from the technological side is that there’s quite a lack of standards, both on the physical layer, but especially at the protocol layer in-between products from different vendors, which makes it quite difficult and time-consuming, if at all possible, to combine subsystems from different vendors into one satellite.
On the legal side, there’s, of course, the traditional challenges with getting frequency coordination and national approval through in a timely manner. It takes about 1-2 years to get it all in place, so as long as you remember it from the beginning it not too bad.
People sometimes tend to forget, that even though the satellite is physically and monetarily small, it still takes the same effort for ITU to coordinate the frequency, for UNOOSA and the national register to register the satellite and an even bigger effort for NORAD to track the satellite as it would be for a large traditional satellite.

What advantages you see in the NanoAvionics’ product portfolio?
I see two strong directions: Propulsion and integrated platform solutions.
On the propulsion side there’s no good European flight proven cubesat solutions out there for orbit manoeuvres, which is needed.
On the platform side, then a turn key platform solution has a high potential, where customers could just come with their payload and it’s plug-n’-launch. It’s sort of like when I built my first computer – motherboard from one shop, hard disk from a second and ram from a third. Today you’d just go and buy a pre-assembled computer, where you know that all the parts work together and has been tested together. The same will happen for the more professional side of the CubeSat market, where customers are just interested in the data from the payload, and how they get it does not matter anymore.