Outer space was once the exclusive domain of large governments and major corporations. Over the past 15 years, things began to change. New launch companies began offering low-cost access to space. Continuous advancements in technologies from microprocessors to solar panels let engineers design very small, very capable satellites. New, innovative space applications are already shaping economies and societies — and this is just the beginning.

NanoAvionics is at the forefront of the NewSpace revolution. We build modular, scalable small satellite platforms for this new generation of space innovators. We also offer mission services that help our customers quickly move from design to orbit. Our customers provide advanced communications services, observe Earth’s environment, and push the boundaries of space technology.

The story of small satellites in the NewSpace revolution is still being written and may be new to many people. We offer this Small Satellites 101 as an introduction for government leaders, scientists, entrepreneurs, and anyone fascinated by our new Space Age. In the 12 sections below, you will find easy summaries of the key topics in the small satellite industry.

What is a Satellite?

Generally speaking, a satellite is any small object orbiting about a larger object in space. In everyday use, the word “satellite” refers to artificial objects launched into orbit around the Earth or other worlds in the Solar System.

A satellite’s orbit is a balance between its speed and the planet’s gravitational pull. Low-orbiting satellites circle the Earth several times a day. A geostationary satellite seems to hover in the sky because its orbit takes the same 24 hours as Earth’s rotation. 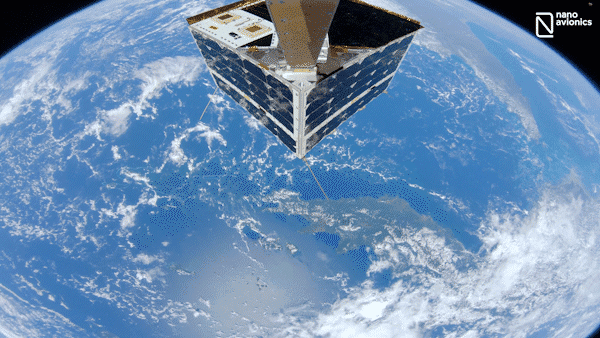 Sputnik became Earth’s first artificial satellite in 1957. Since then, satellites from nearly 100 countries have circled the planet. But this is not a story of the Space Race. Three-quarters of these countries reached orbit after the Cold War ended. Space has become more accessible thanks to the rise of Small Satellites.

What are the sizes of satellites?

Traditionally, satellites had to be fairly large. Geostationary satellites, for example, can have a mass of six metric tons and a wingspan of 48 meters. Only the most powerful rockets can launch satellites like these into their high orbits.

Over the past few decades, however, technology trends such as shrinking microprocessors, more efficient solar panels, and declining launch costs led to the creation of Small Satellites. More affordable to build, launch, and operate, SmallSats have become the most common satellites in orbit. 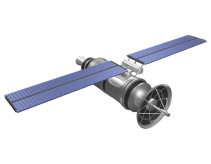 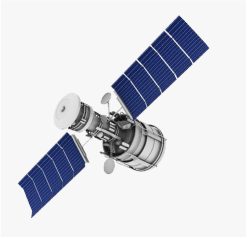 How many satellites are in space?

The Union of Concerned Scientists estimates that, as of late 2021, Earth had 4,550 active satellites. Most of these satellites are not government-owned weather satellites or large communications satellites. The vast majority — seven out of every ten — are SmallSats.

Various national space agencies operate some of these SmallSats. Others serve military purposes. Quite a few are designed and built by universities, non-profit organizations, and even by school children. However, the vast majority are commercially-owned SmallSats.

The rising population of small satellites is due to the many unique benefits they offer for science, business, and society.

What are the benefits of small satellites?

From GPS to long-distance phone calls, satellites play important roles in our everyday lives. Those satellites used to be expensive, multi-ton giants. Not any more. Within only a few decades, the number of small satellites launched every year grew from just a handful to more than one thousand. The miniaturization of satellite technology has driven this exponential growth by creating new benefits for space projects. 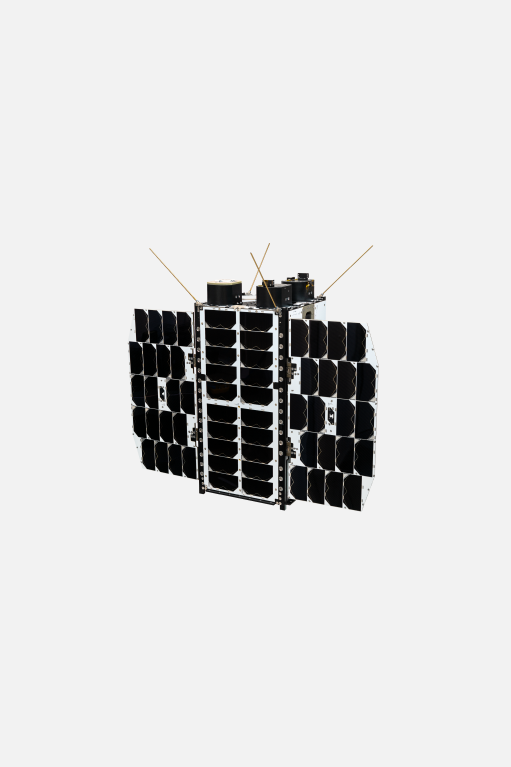 These benefits will continue to drive the adoption of small satellites over the next decade. As sensors, propulsion, and other satellite systems become smaller and more performant, small satellites will create new opportunities in education, commerce, government, and science.

What are satellites used for? 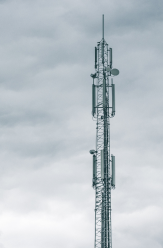 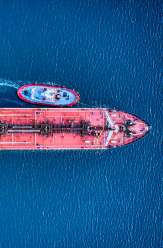 Satellite navigation helps people plan their everyday journeys and optimize the transportation of goods through lands, sea, and air, reducing their environmental footprint. 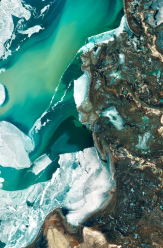 Low-orbiting small satellites can make high-resolution observations of the planet below. An EO constellation’s many satellites can return real-time video of Earth’s surface and support environmental & asset monitoring. 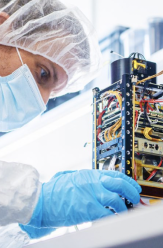 Despite their many different purposes, satellites share many similarities.

How are satellites designed?

After evaluating mission requirements, one can start to design a satellite architecture. Spacecraft designers incorporate similar subsystems to build satellites of all sizes: 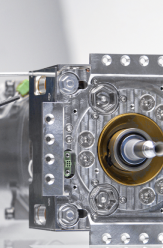 Thrusters, star trackers, magnetorquers and reaction wheels, combined with computers to control them , move and position satellites in space. 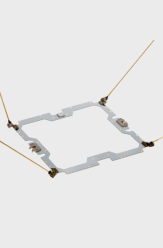 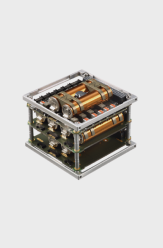 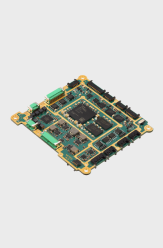 Payload controllers let scientific and commercial systems communicate with the satellite bus and its communications systems. 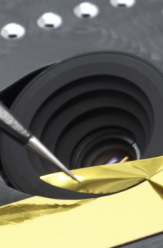 Insulation and cooling subsystems protect satellites from the 300°C temperature swings between Earth’s dayside and nightside. 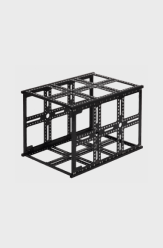 How much do CubeSats and SmallSats cost?

SmallSats are much more affordable than large satellites. Simple projects can cost thousands of euros while sophisticated missions can cost millions. These four components contribute to the cost of a SmallSat project:

Any new technologies needed to achieve the mission must be developed and tested.

Their smaller mass lets SmallSats take advantage of dedicated rideshare missions, where many small satellites can share the cost of launch.

SmallSats are operated by smaller teams over shorter lifespans making them cheaper to run than large satellite projects. 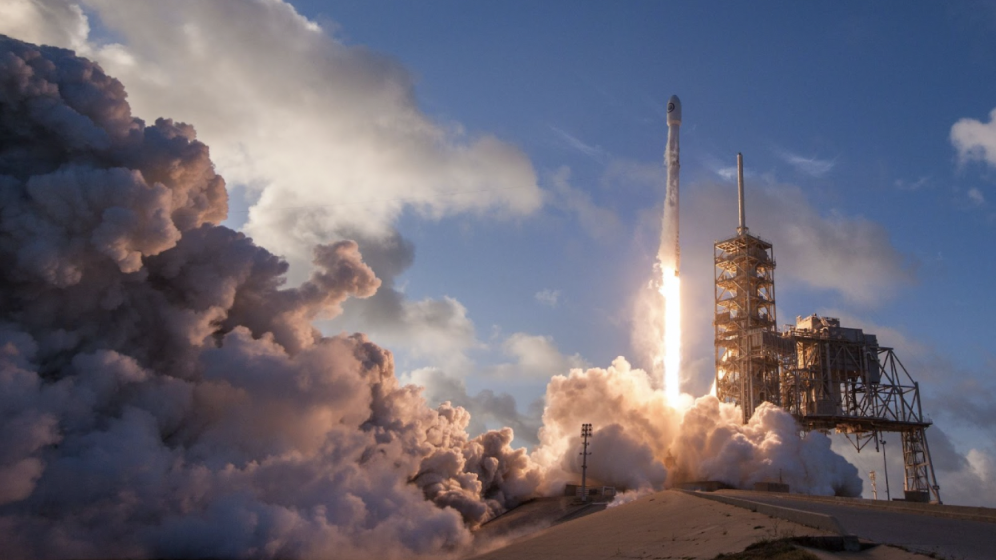 How do you build a satellite?

Large satellites are complex projects that require hundreds or even thousands of technical experts. The highly-specialized, space-rated components they use are designed to survive for decades in the space environment. Building one of these satellites can take years of design, assembly, and testing before it reaches the launchpad. But with half a billion euros or more at stake, time is not mission-critical. 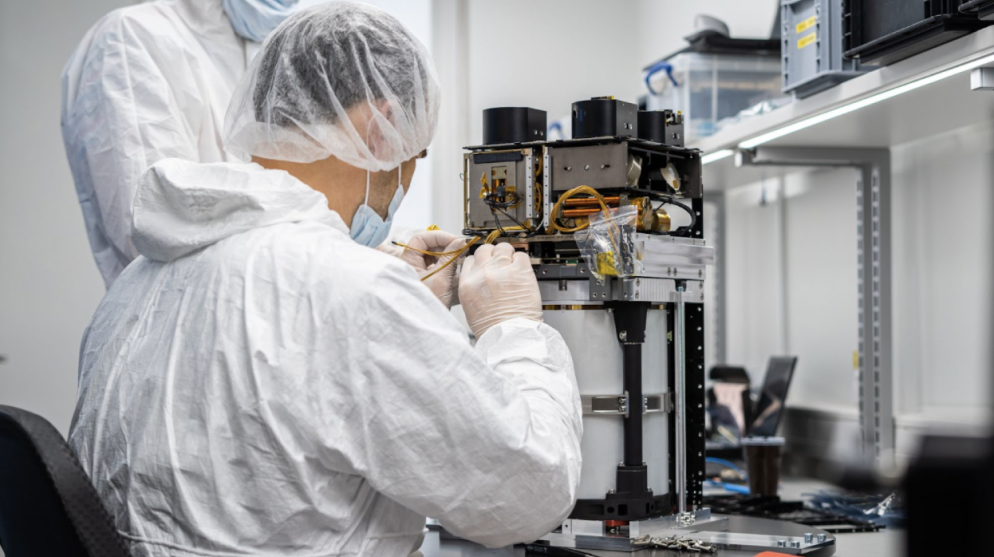 SmallSats, on the other hand, replace this bespoke model with techniques from mass production. Manufacturers like NanoAvionics use standardized designs, called buses, that support many different customer payloads. The resulting economies of scale lower costs for new space companies and bring their services to market faster.

How do you design a CubeSat or SmallSat mission?

The first step in designing a SmallSat mission is deceptively simple: what do you want the satellite to do?

The answer to that question does more than determine the subsystems the satellite will need. It also requires balancing competing priorities including mission capabilities, spacecraft performance, and mission cost. But the hardware is only one part of the mission to consider. Other questions you must ask include: 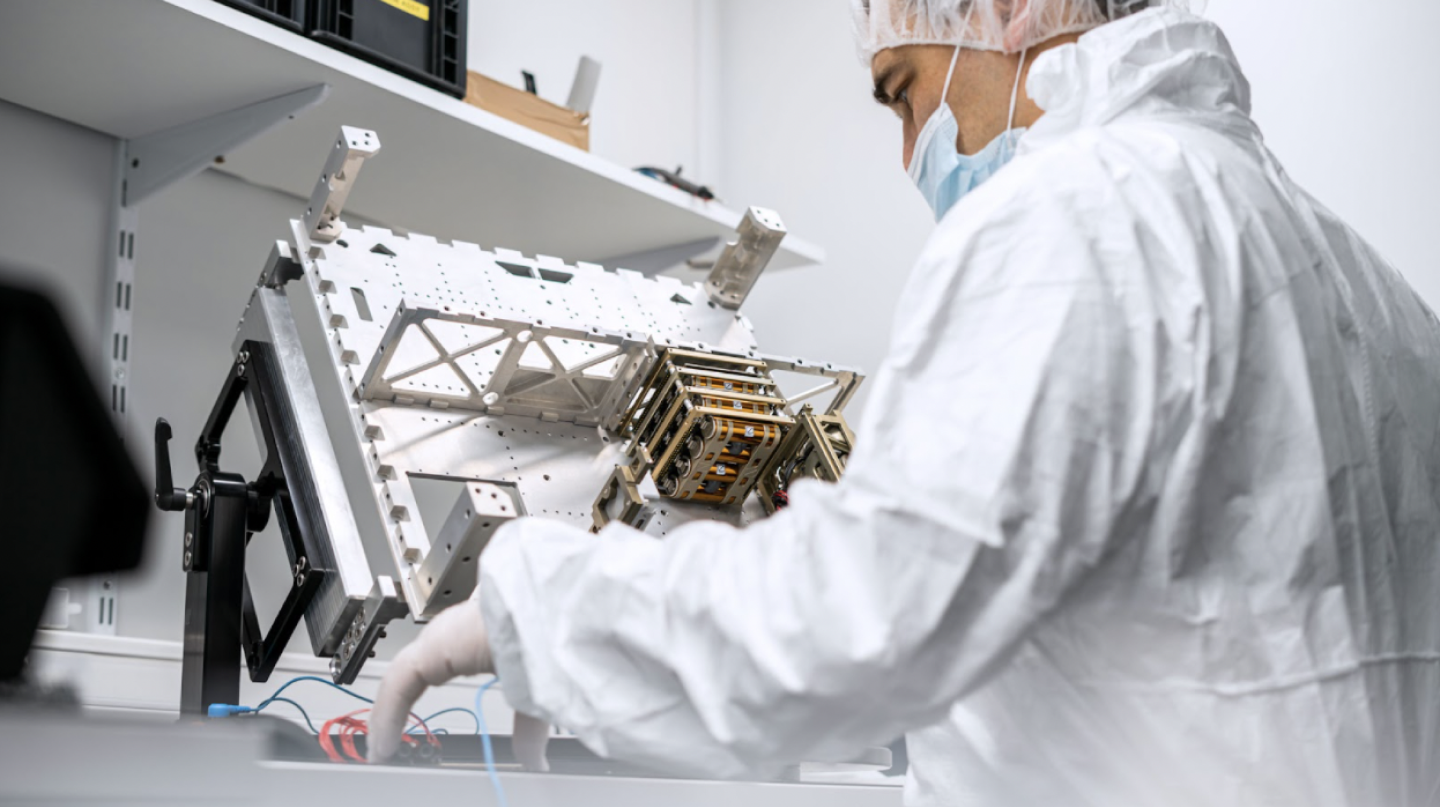 How do you operate a CubeSat or SmallSat mission?

Once satellites are in orbit, a mission’s team must perform tasks such as:

Some strategies mission planners must develop include:

Communications – Should the mission wait for satellites to pass overhead or access global ground station networks for more continuous exchanges?
Data management – Should spacecraft telemetry and payload data be stored on-premise or in the cloud?
Space situational awareness – How should the mission monitor and react to collision risks or space weather?
Cybersecurity – What policies and systems are needed to protect IT systems on the ground and satellites in orbit? 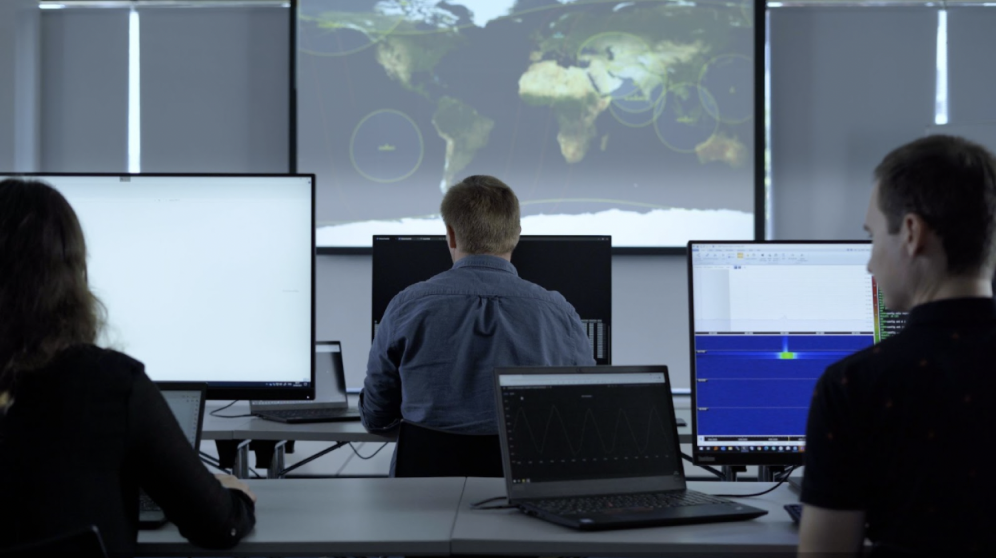 NanoAvionics and other companies provide these capabilities as a service. New space operators can focus on their core missions while benefiting from proven infrastructure.

What is a NanoSatellite/ SmallSatellite Constellation?

Traditional satellite operators rely on a few dozen satellites in high orbits to provide positioning, communications and other global services. New companies are using hundreds or thousands of small satellites in low orbits. Although each satellite covers a much smaller area, the number of satellites in these constellations provides global coverage.

Some innovative constellations under development include:

OQ Technology is building a global satellite constellation dedicated for 5G “Internet-of-Things” communication that can provide connectivity anywhere, especially in remote and rural areas.
Sen’s EarthTV constellation will stream ultra-high definition video of Earth from space, available on an app.
Aurora Insight is using satellites to map network activity around the world and provide actionable insights to network providers. 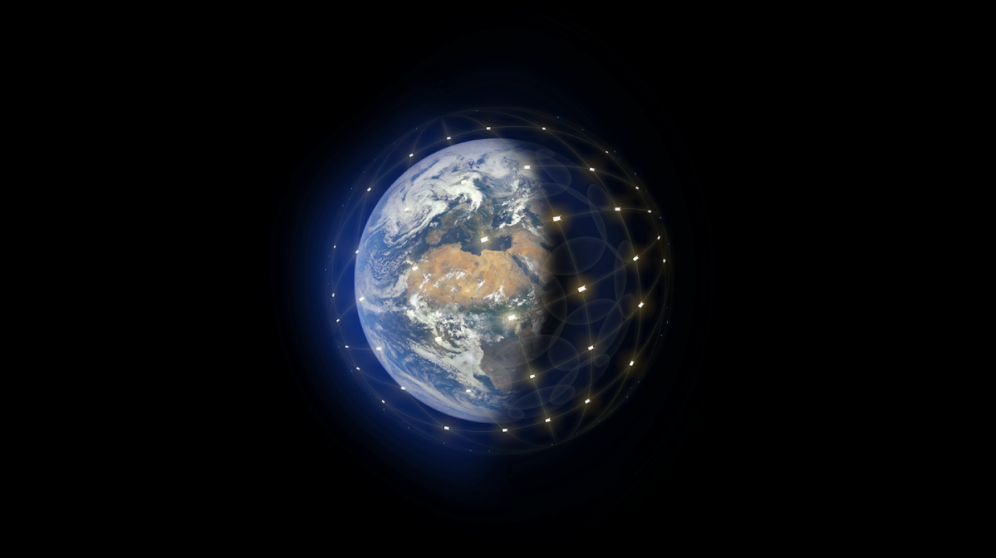 The economics of SmallSat constellations lets these companies affordably launch and replace satellites every few years while taking advantage of new technologies to improve their service.

Sustainability is as much a concern in space as it is on Earth. Space junk, the debris left behind by human space activity, could make some orbits unusable. To keep Earth orbit clean for future applications, sustainable satellite operations:

Despite their numbers, small satellites such as those made by NanoAvionics do not remain in orbit for centuries after mission completion. Atmospheric drag in their low orbits naturally pulls them down to Earth, so small satellites are less likely to become space junk. 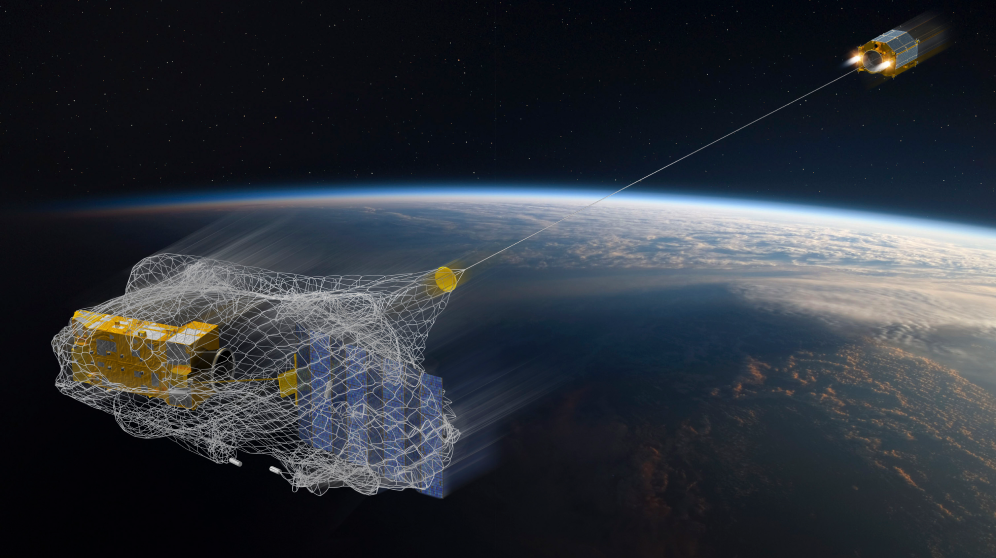